The de Poi Award artist exchange program is heading into its second year. In June, ceramic artist Qing Qu will travel to Seattle as the second recipient. 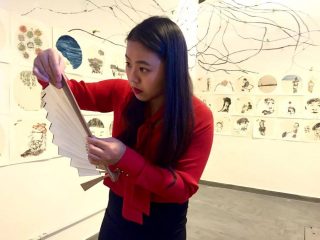 The exchange brings together ceramic artists from  Pottery Northwest, the Northwest's premier pottery facility, with artists from the prestigious Accademia delle Belle Arti (Academy of Fine Arts) in Perugia. The two cities alternate hosting one artist for three weeks each summer.

Qing, a student at the Accademia, was chosen by a panel of artists and art educators in a blind selection process in Perugia. "Art is a way of expressing myself and showing my interior world to others," she said. "I chose to participate in the de Poi Award because I needed new stimulation and also because it was an international artistic competition. I expect this experience will help me grow not only as an artist but also as a person." A sample of her distinctive work is seen below. 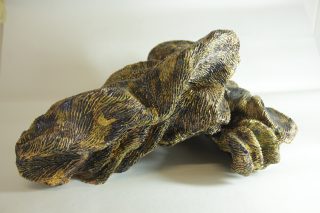 Last year's recipient was Seattle resident Myra Kaha who traveled to Italy to work at the Moretti ceramics studio in Deruta, outside Perugia.