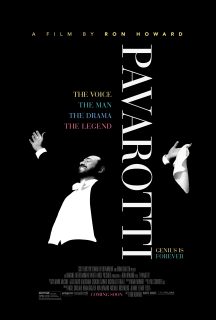 We are having a ticket giveaway courtesy of CBS Films and Allied Global Marketing for the film PAVAROTTI, a riveting documentary by Ron Howard that lifts the curtain on the icon who brought opera to the people.  Luciano Pavarotti gave his life to the music and a voice to the world.  This cinematic event features history-making performances and intimate interviews.

The film will be shown at SIFF on June 9 and will open on June 14 in multiple venues in the Puget Sound area. For more information about the film, see the official site.